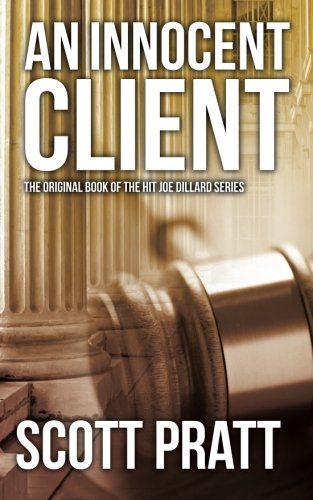 A preacher is found brutally murdered in a Tennessee motel room. A beautiful, mysterious young girl is accused. In this Mystery Readers International finalist for “Best Debut Mystery,” criminal defense lawyer Joe Dillard has become jaded over the years as he’s tried to balance his career against his conscience. Savvy but cynical, Dillard wants to quit doing criminal defense, but he can’t resist the chance to represent someone who might actually be innocent. His drug-addicted sister has just been released from prison and his mother is succumbing to Alzheimer’s, but Dillard’s commitment to the case never wavers despite the personal troubles and professional demands that threaten to destroy him. “Pratt’s richly developed characters are vivid and believable, especially the strong Southern women who fight their male-dominated culture from behind a facade of vulnerability in this brilliantly executed debut.” — Publisher’s Weekly. “It’s Scott Turow and Grisham… The opening chapter is maybe the most compelling I’ve read in a decade.” – Ken Bruen. Smart and sophisticated, with a plot twist that will leave you shaking your head in wonder, “An Innocent Client” — the first in the acclaimed Joe Dillard series — will also leave you wanting more.