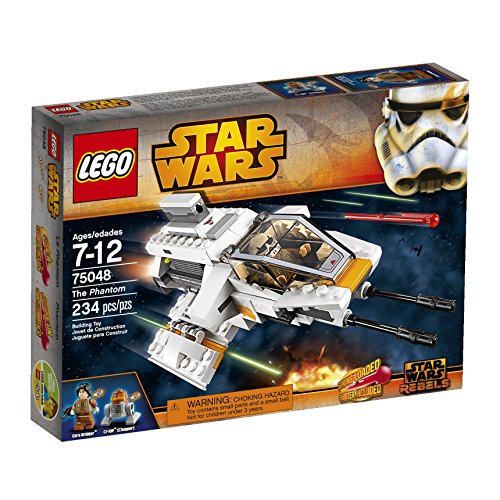 Join the Rebel resistance against the evil Empire in The Phantom attack shuttle, as seen in the exciting Star Wars: Rebels animated TV series! Place young Rebel hero Ezra Bridger in the detachable cockpit and store his cadet helmet and blaster in the cargo hold. Fit Ezra’s Droid companion, C1-10P, in the back, close the roof, unfold the wings for flight mode and launch into battle. Fire the 2-way spring-loaded shooter to repel attacks from the front or the rear. After a successful mission, dock The Phantom safely on 75053 The Ghost starship (sold separately). Includes an Ezra Bridger minifigure with a weapon and accessory, plus a C1-10P figure.