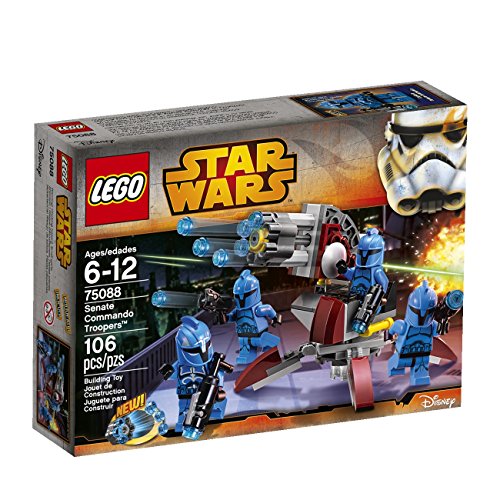 Safeguard the security of the Senate with the elite LEGO Star Wars Senate Commando Troopers battle pack! As featured in The Clone Wars animated TV series, this crack team of highly trained soldiers is armed to the teeth with weaponry. Fire the stud blasters then seat the trooper on the rotating base and unleash a hail of studs with the never-before-seen rapid shooter! This amazing battle pack includes 4 minifigures with weapons: A Senate Commando Captain and 3 Senate Commandos.