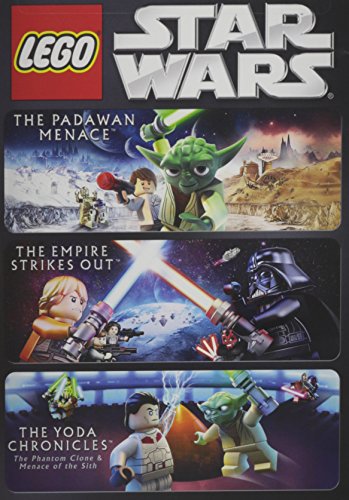 “The Padawan Menace”: Tour guide Master Yoda leads a group of rambunctious Jedi Academy younglings through Senate chambers when he senses a disturbance in the Force. Summoned to help save the Republic as the evil Sith prepare to wreak havoc, it’s up to Yoda and the Droids must ensure that their young charges aren’t torn to bricks! “The Empire Strikes Out”: The heroes of the Rebel Alliance including heroic Luke Skywalker (now a mobbed celebrity!), swaggering Han Solo and steadfast Princess Leia have no time to celebrate their victory over the Empire as a new Imperial threat arises. Meanwhile, Darth Vader and Darth Maul are locked in a hilarious “Sith-ling” rivalry as they compete for the Emperor’s approval! “The Yoda Chronicles”: In Episode I – “The Phantom Clone”, the action-packed adventure begins when Darth Sidious unveils his plan to create a new super-weapon – an enhanced Sith clone named Jek-14 – to help him defeat the Republic once and for all. It’s up to Jedi Master Yoda and his young Padawan students to work together and save the galaxy! In Episode II – “Menace of the Sith”, Count Dooku uses his new and improved Clone-a-Matic to create and army of Jek clones, but the original Jek-14 wants no part of the sinister scheme. Now, with the help of some old friends and two familiar Droids, substitute teacher Anakin Skywalker must lead Yoda’s Padawan class to victory.