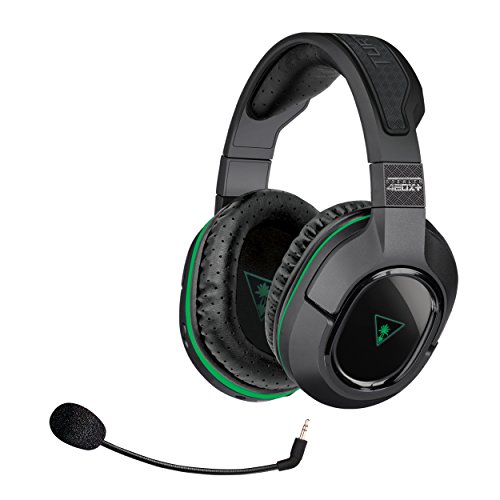 The TURTLE BEACH STEALTH 420X+ is an officially licensed gaming headset for Xbox One offering gamers the freedom of 100% fully wireless game and chat audio. The STEALTH 420X+ comes loaded with features every Xbox One gamer should have, including Superhuman Hearing which provides a competitive advantage by allowing players to hear soft sounds like enemy footsteps sneaking-up from behind and weapon reloads off in the distance, Bass Boost and other audio presets, Mic Monitoring so players can hear their own voice to avoid shouting, a removable high-sensitivity mic, independent game and chat audio controls, a 15-hour rechargeable battery and mobile compatibility.